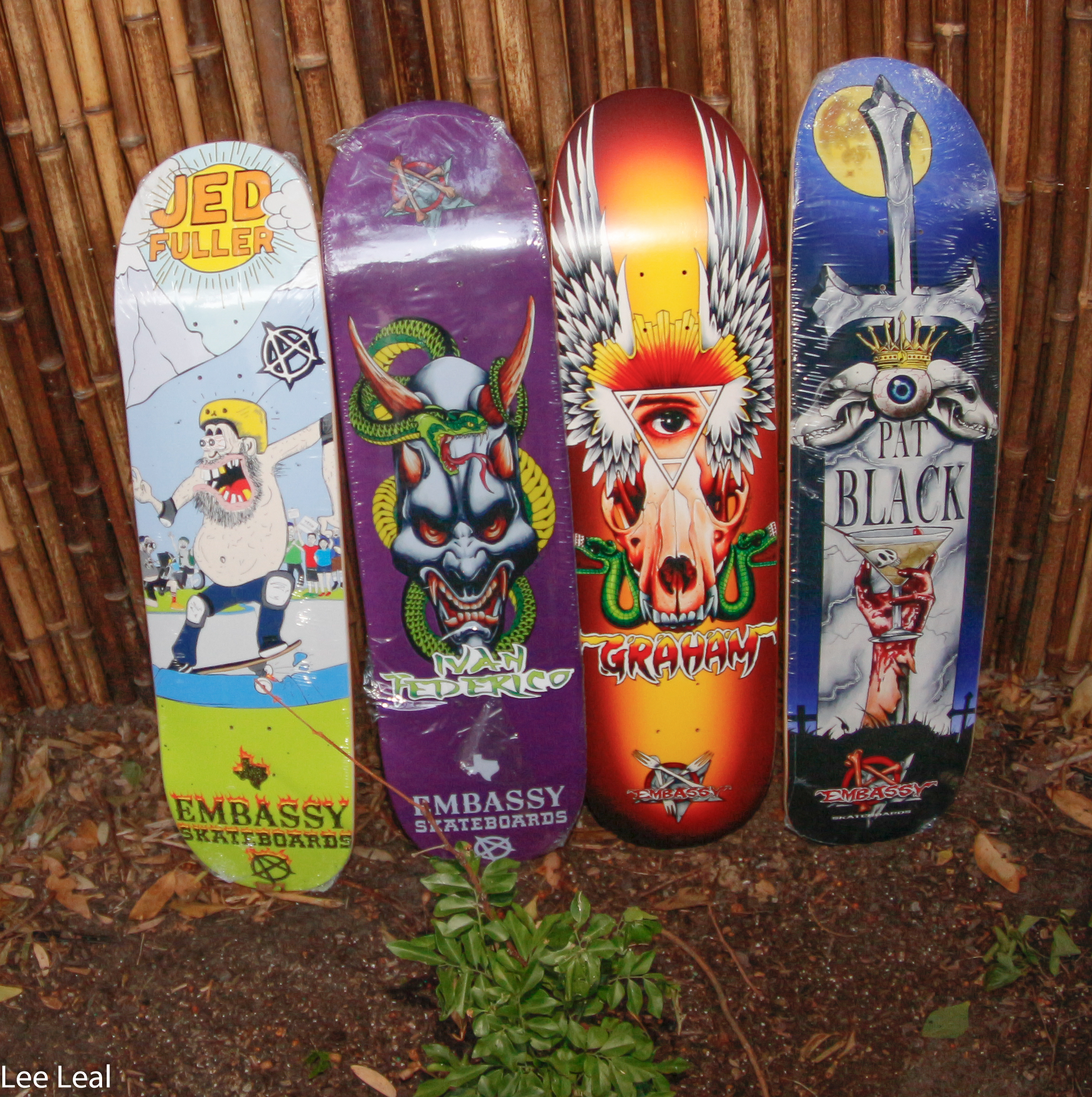 Super proud of these four blokes! Aussie Pride, Until next year Bondi

Bowl-A-Rama 2018 was epic.  This year’s Bowl A Rama would be Embassy’s first gathering of the year, with a crew of 8 strong to invade the Aussie coast. We had a full week to prepare for the mayhem.  Collin Graham, Ronan Livingston, Ivan Federico, Pat Black & Jed Fuller all reported for duty, along with Embassy artist Shane Munce.  It’s a tough gig to go to Australia, and have to skate in a bowl on a beautiful historic beach.  The qualifier on Saturday was intense. To tap into the mind set of these godly talented people to unleash the greatness is fun to witness.  Jed Fuller studies the bowl, playing out his run, and lines in his head.  Pat Black on the other hand, doesn’t even know what the next wall has in store. I’ve always said Pat Black has “Nine Lives”.  In Bondi he used up all of them everyday.  There was a couple of runs were he should have literally died.  Hang up after hang up, he skated with gnarly reckless abandon we haven’t seen since the Zorlac/Alva, Craig Johnson day’s. The grom’s were stoked to see Pat’s style.   A beautiful Aussie model added to some Friday afternoon delight.  Collin, Ivan, Pat, and Jed all made it through the semi-finals on Saturday. It was a tuff cut.  Collin sneaked in by the thinnest of margins.  On Sunday Ivan Federico got broken off, and messed up his knee.  He’s off to Italy to get evaluated.  He’ll be ready for the Van’s Park Series in June, in Sao Paulo, Brazil. Collin on the other hand is off to New Castle to skate the ABC “Australian Bowlrider’s Championships”. All in all it was a rad trip.  We’re working on Australian distribution.  Look forward to having the Embassy brand  Down Under. Until next time Bondi, Cheers! 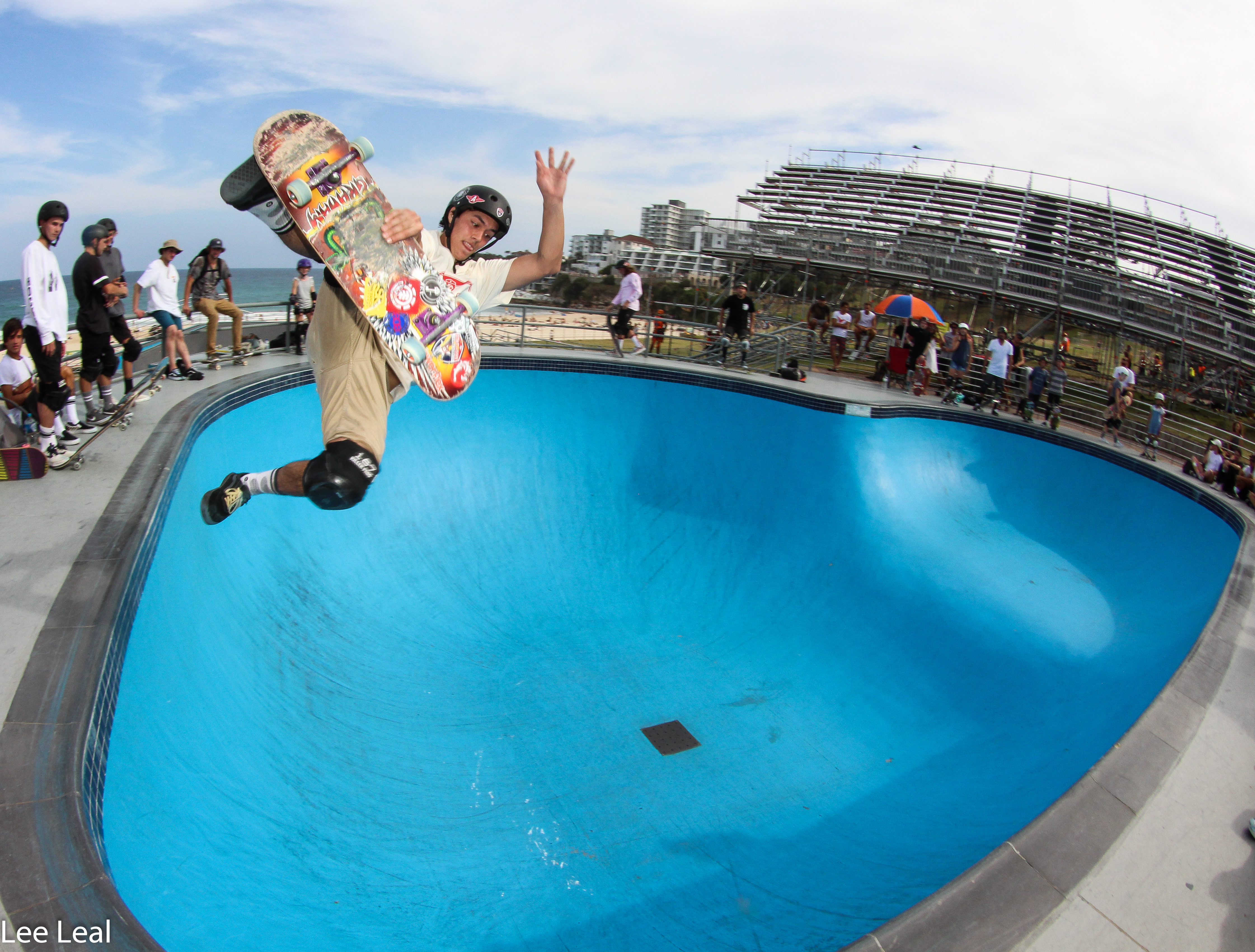 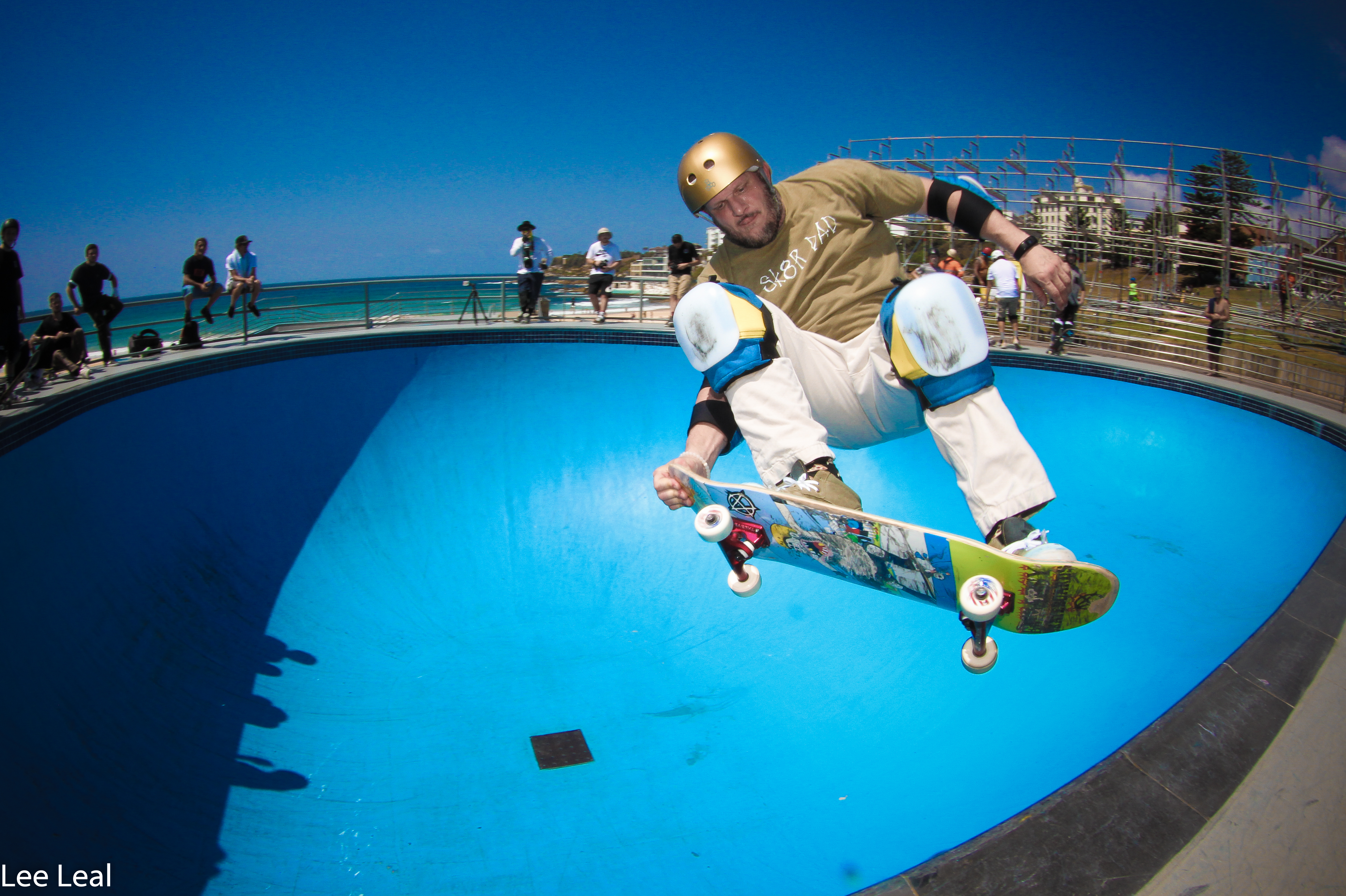 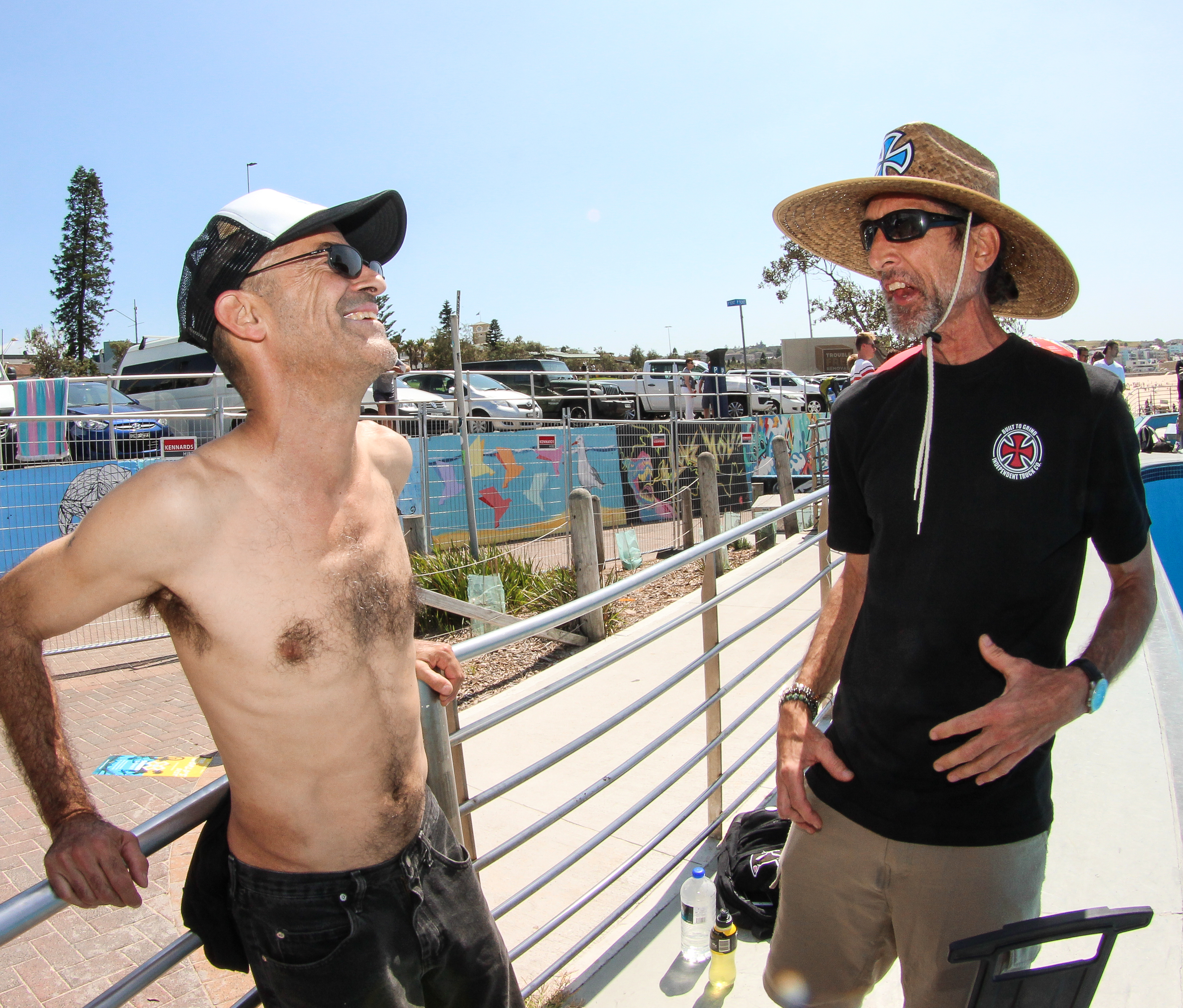 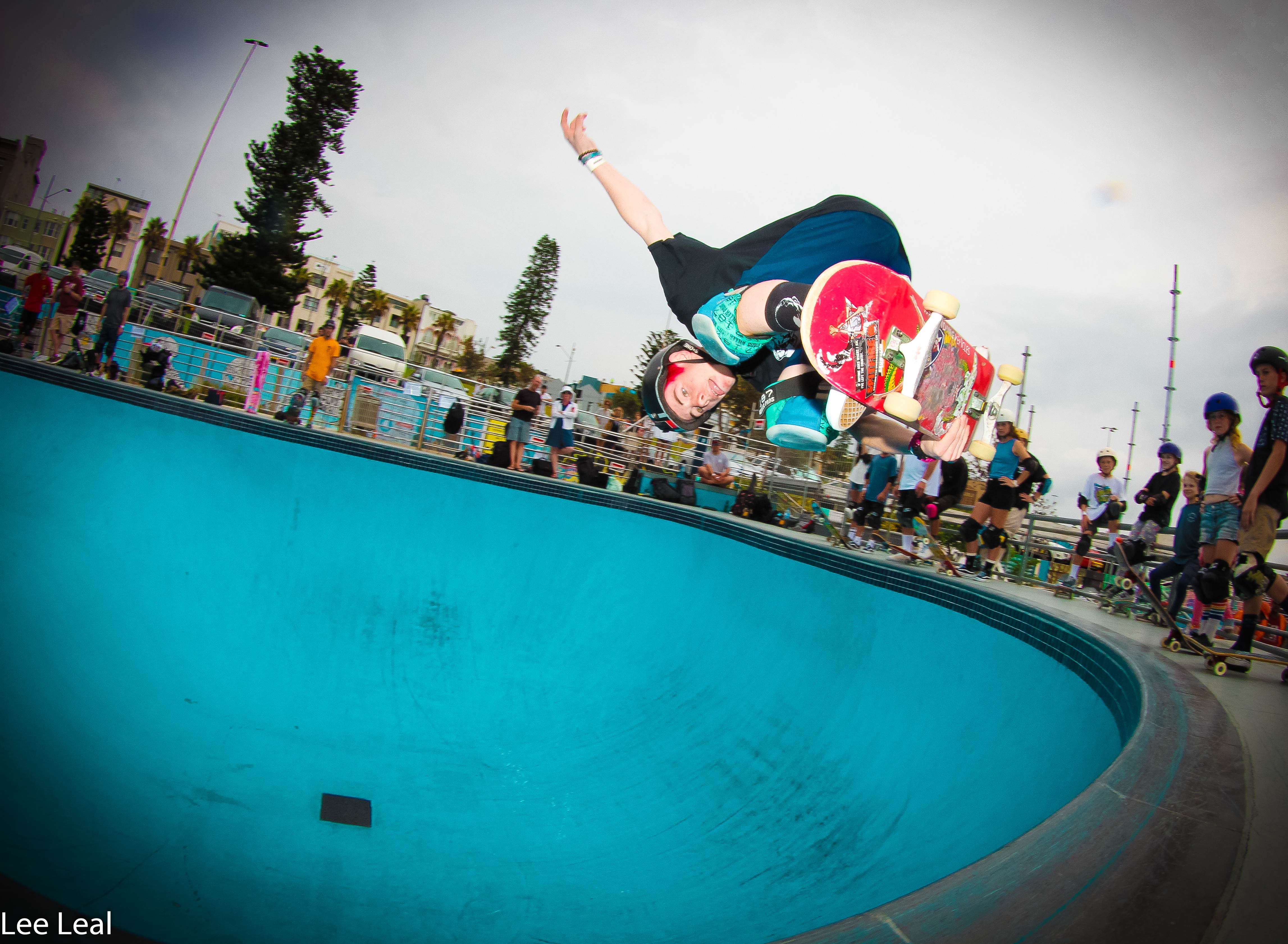 Ronan Livingston, made the trip to Bondi. photo: Lee Leal 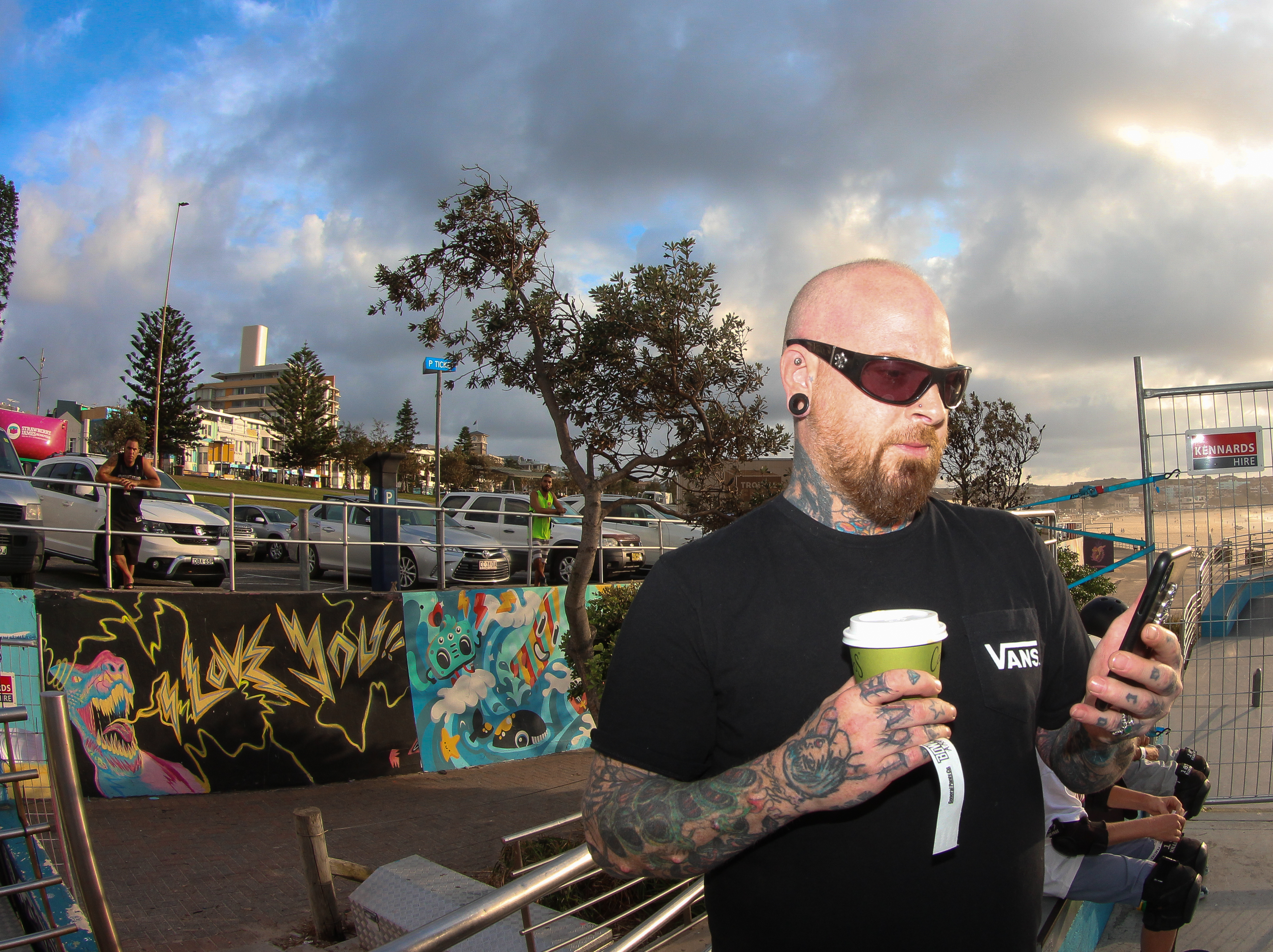 Shane Munce got a dose of Bondi

The weather held up all week. Blazing down some rays that could fry an egg on the concrete.  Tuesday we had a home cooked feast.  Our airbnb came equipped with all the modern day gadgets. 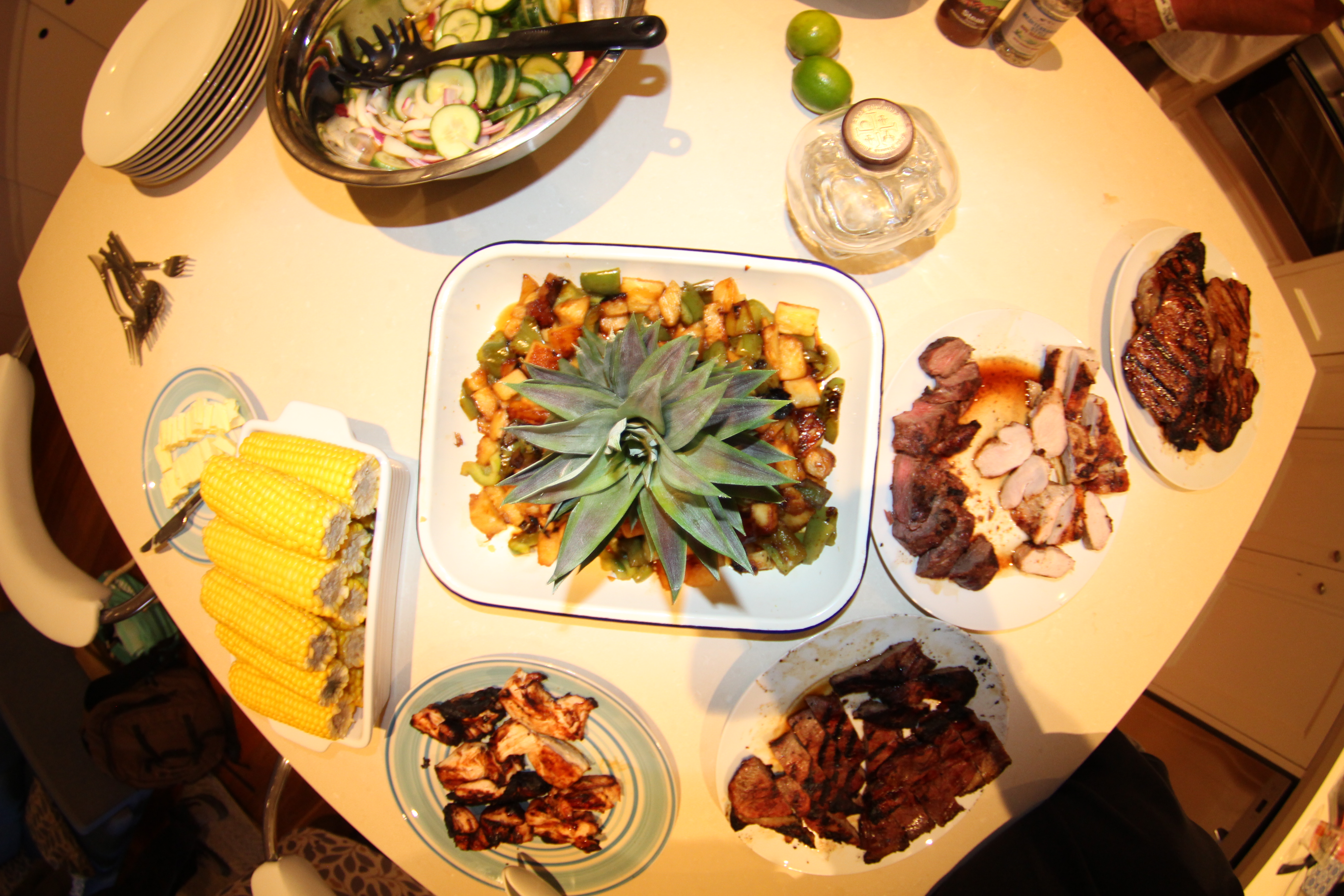 The next few days would be full court press.  The guys were usually the first guys to the bowl every morning.  it was an Embassy/ Grom session.  I was really stoked on Marley Rae. 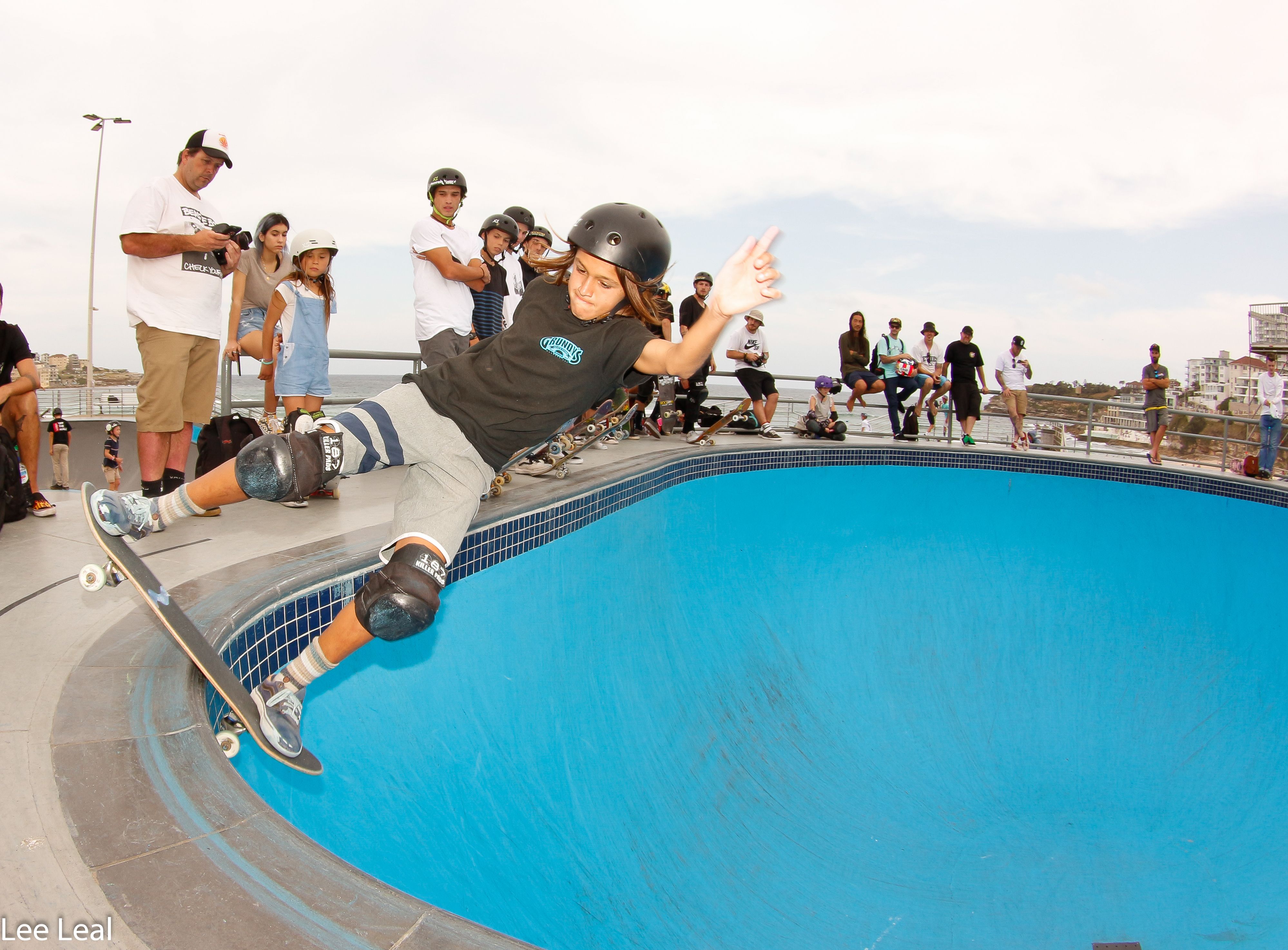 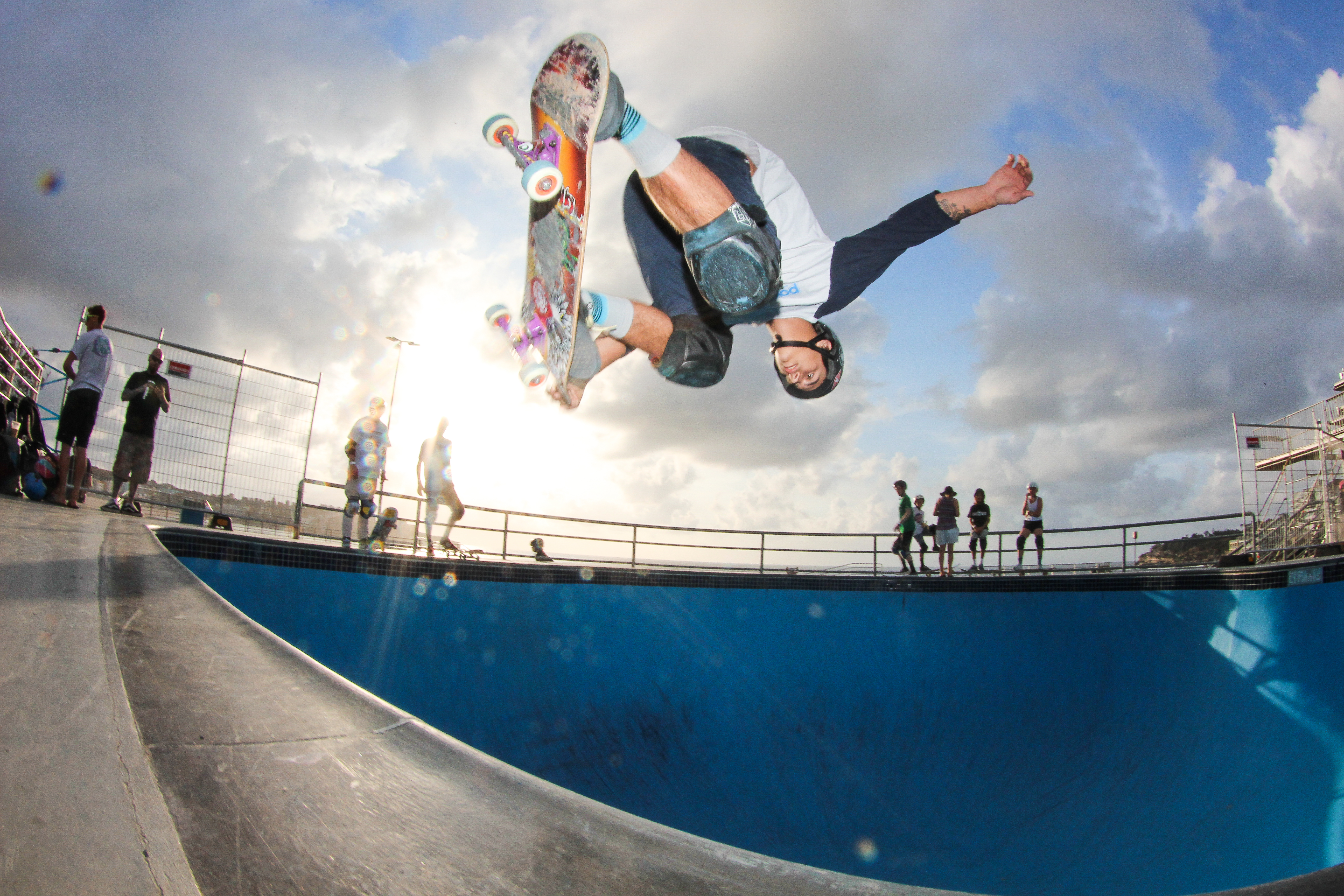 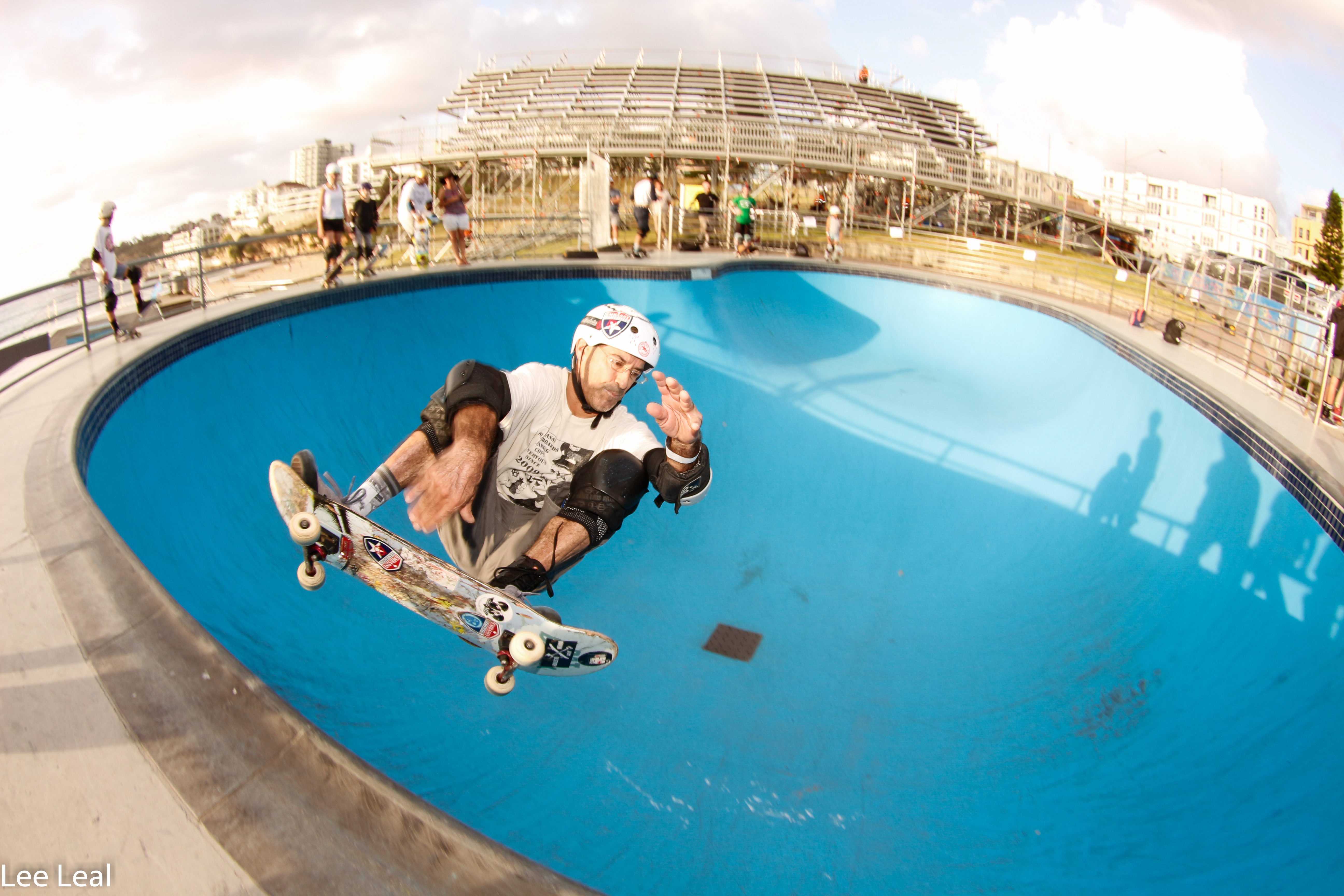 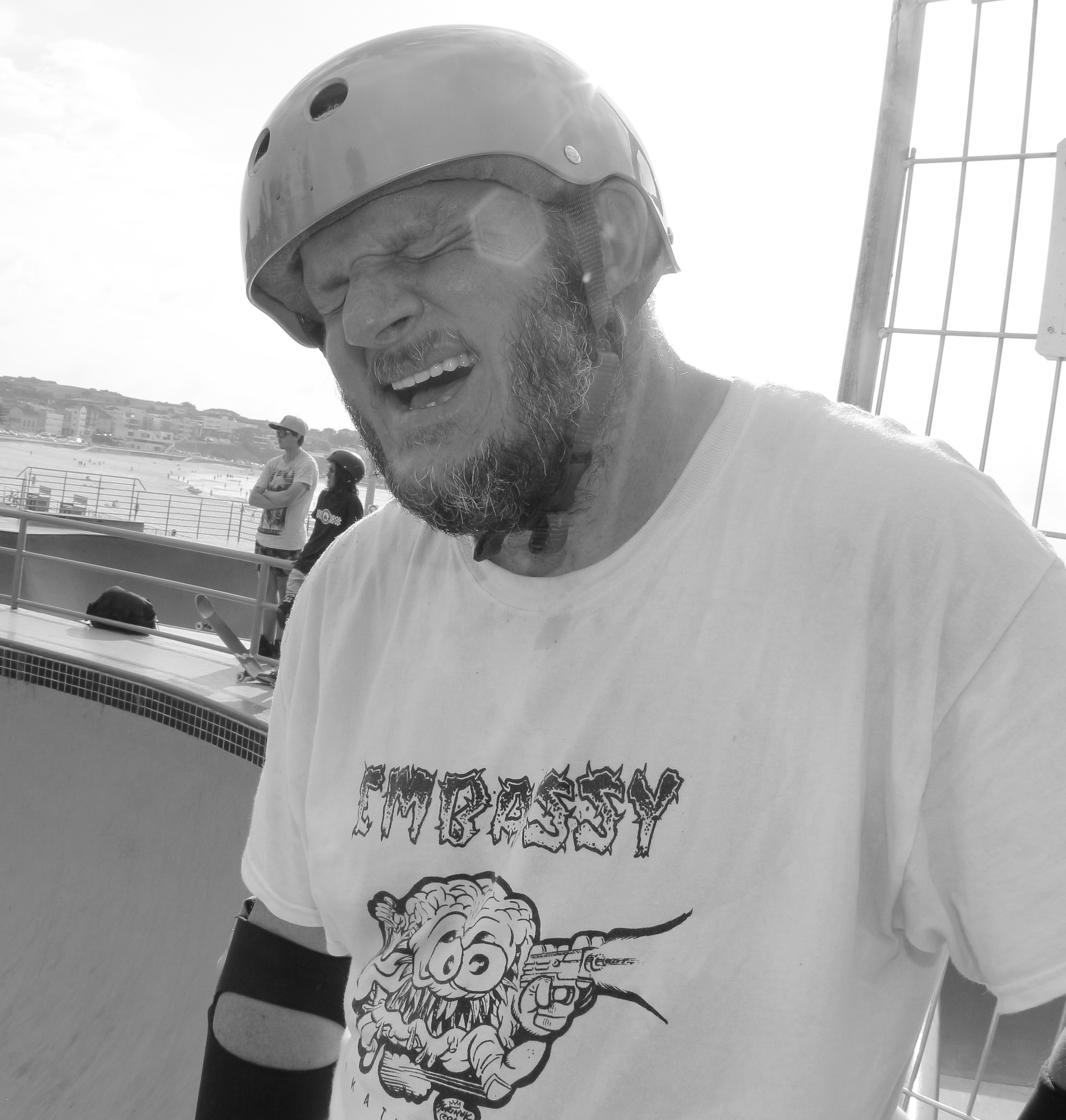 Somebody give this guy some water! 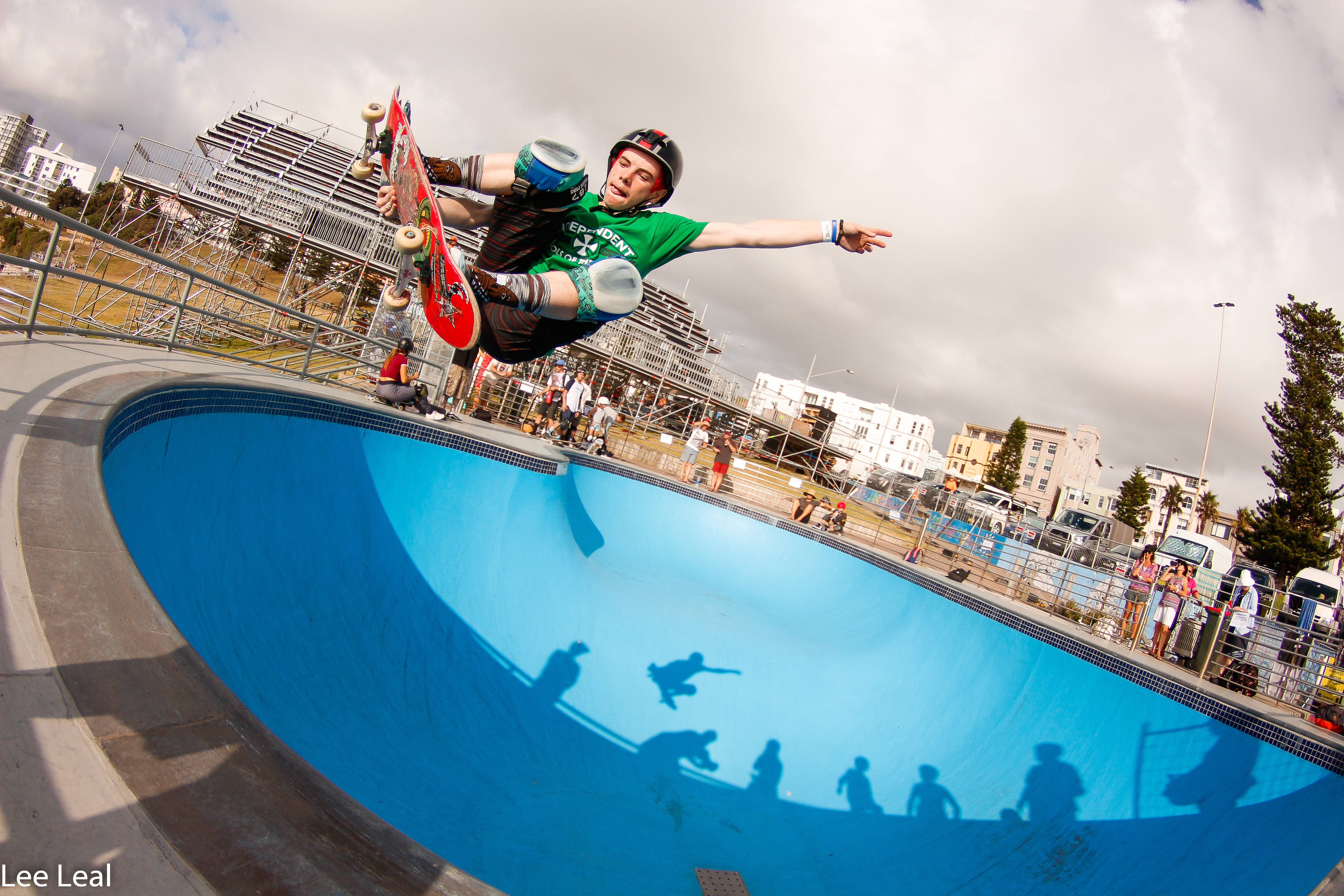 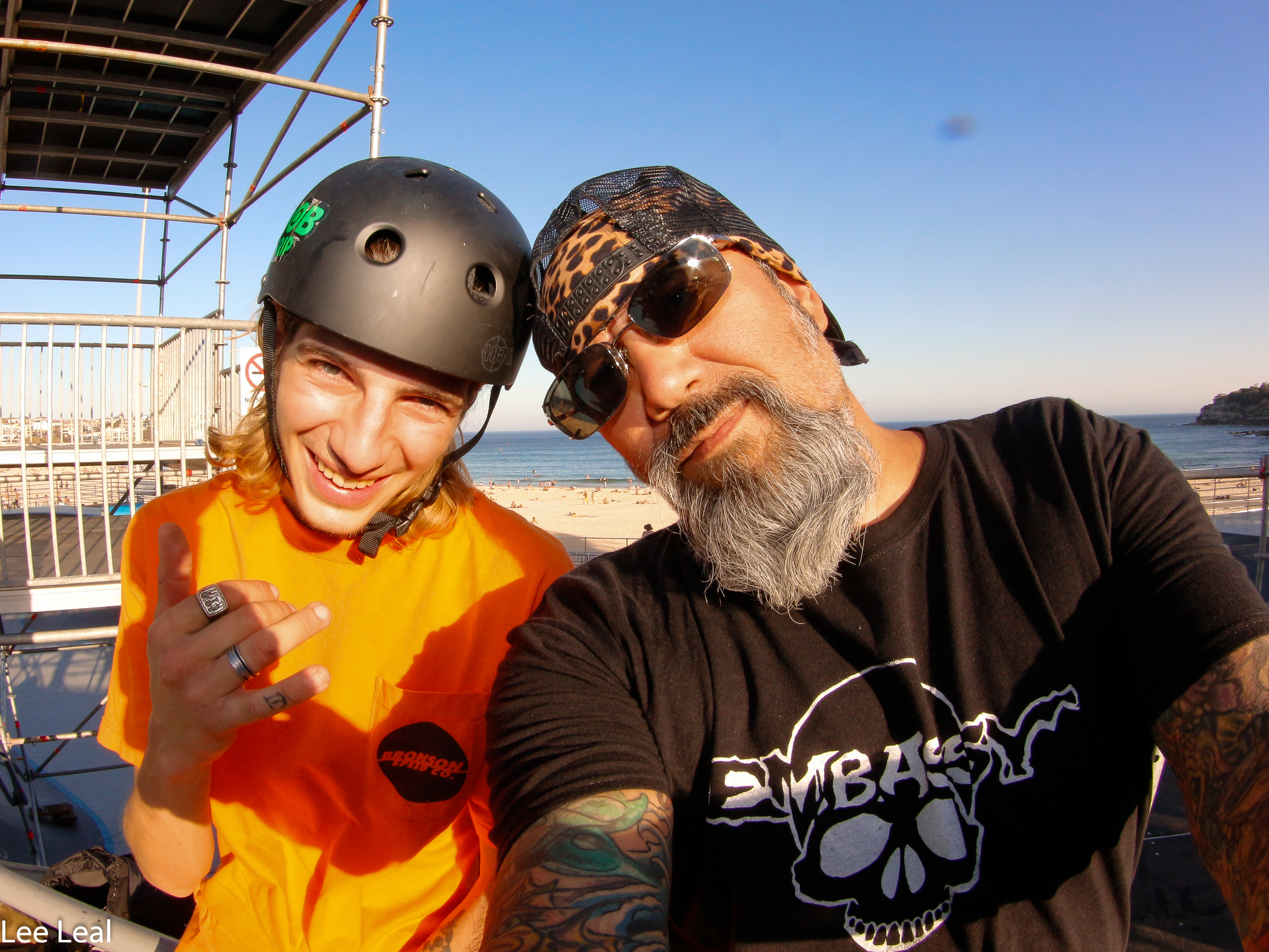 Ivan Federico got to Bondi with a huge smile, and ready to kill it. 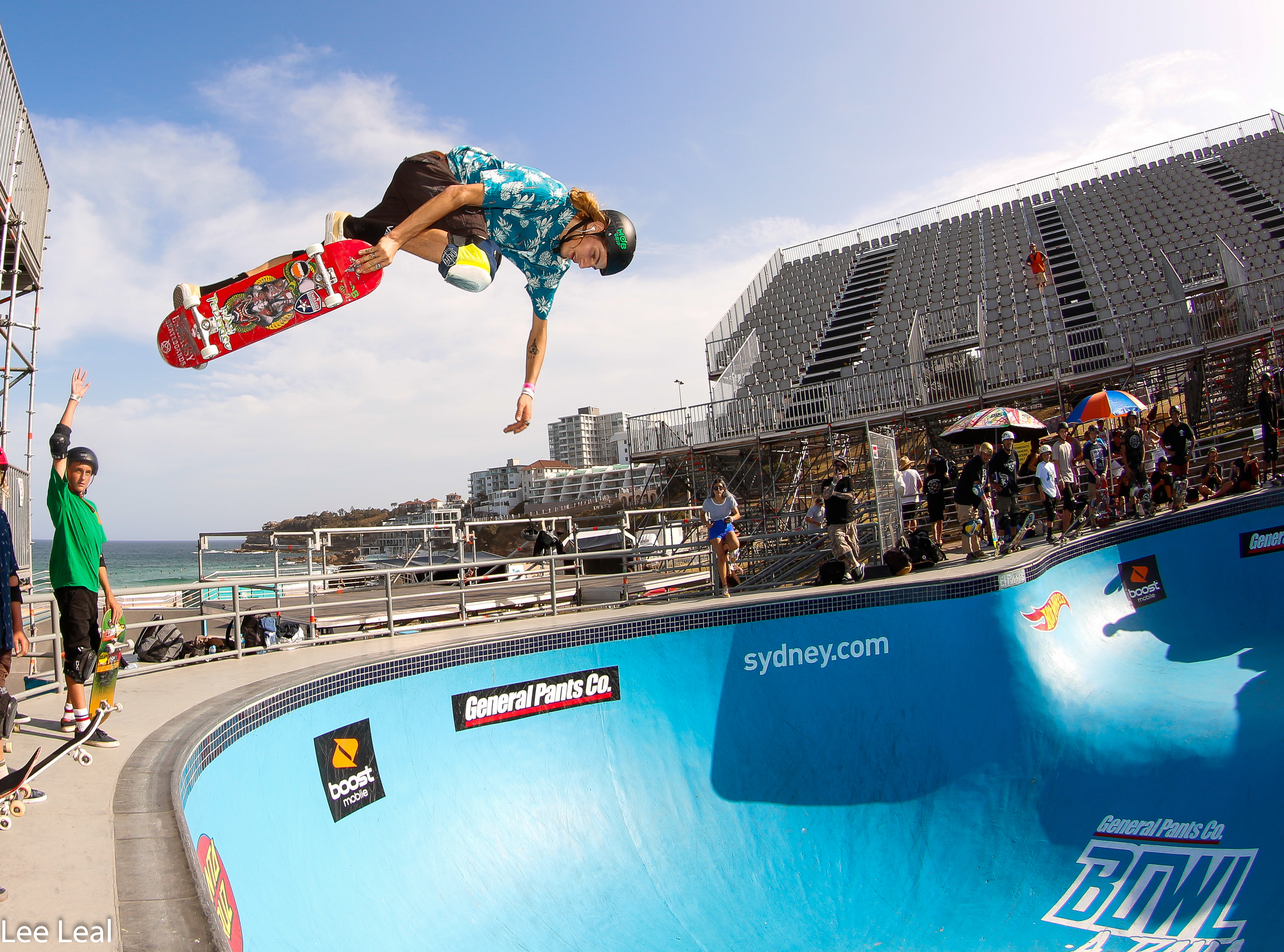 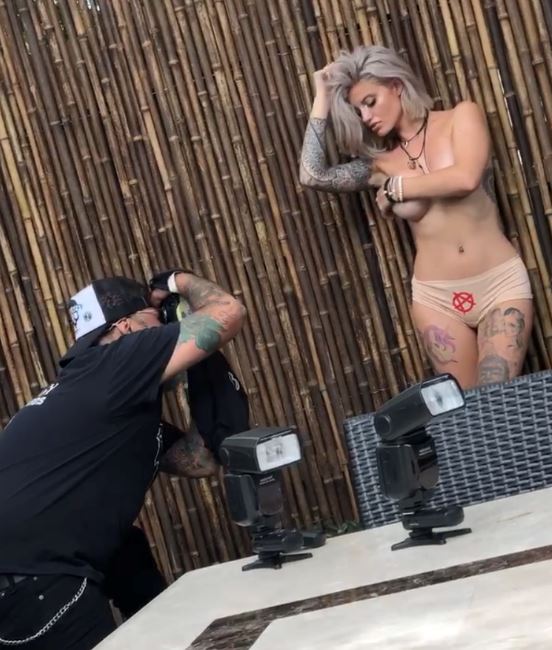 I had booked an Embassy Sweets shoot with Dolly Diamond. Just some good Aussie Fun! 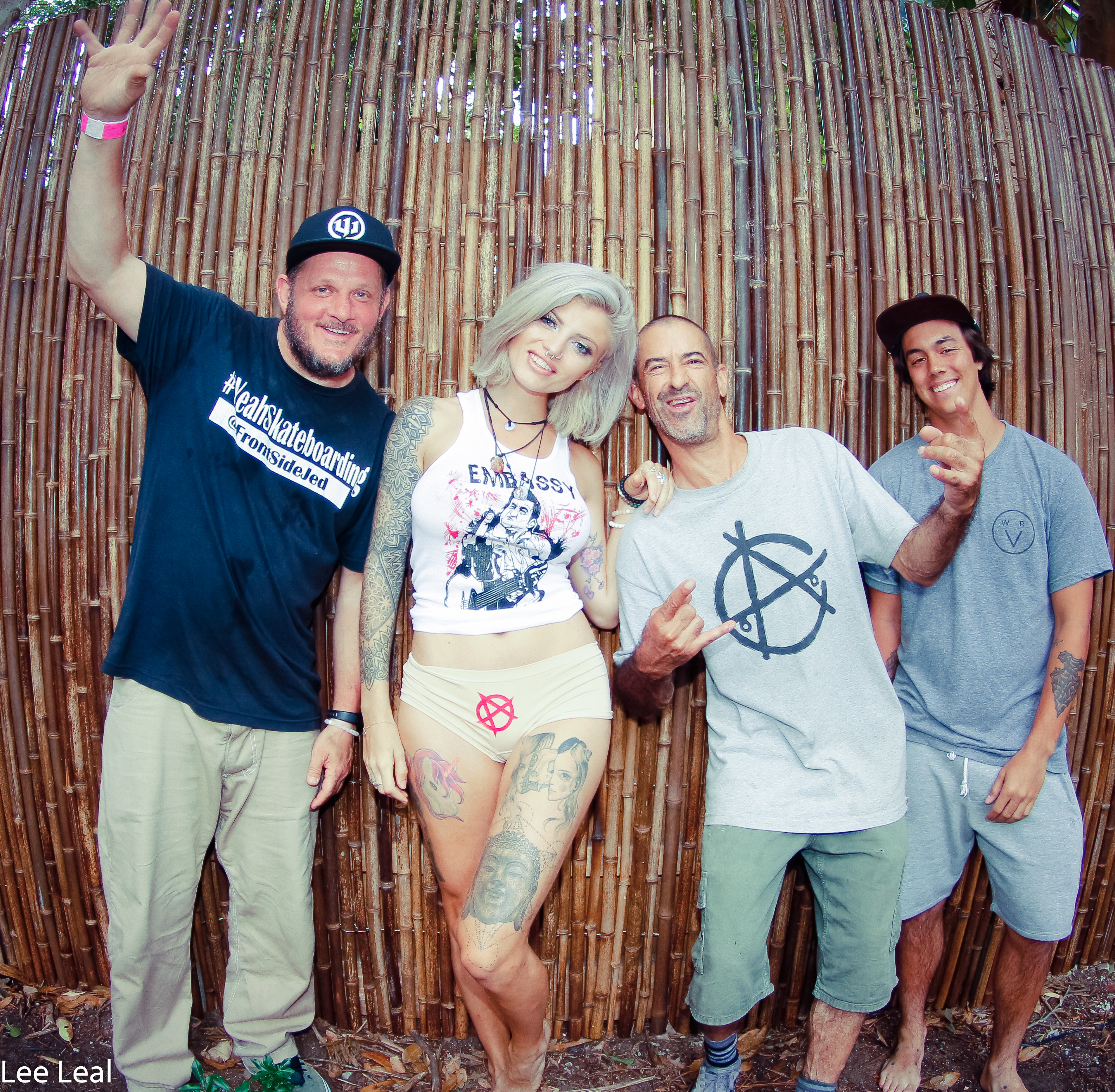 The guys and Dolly 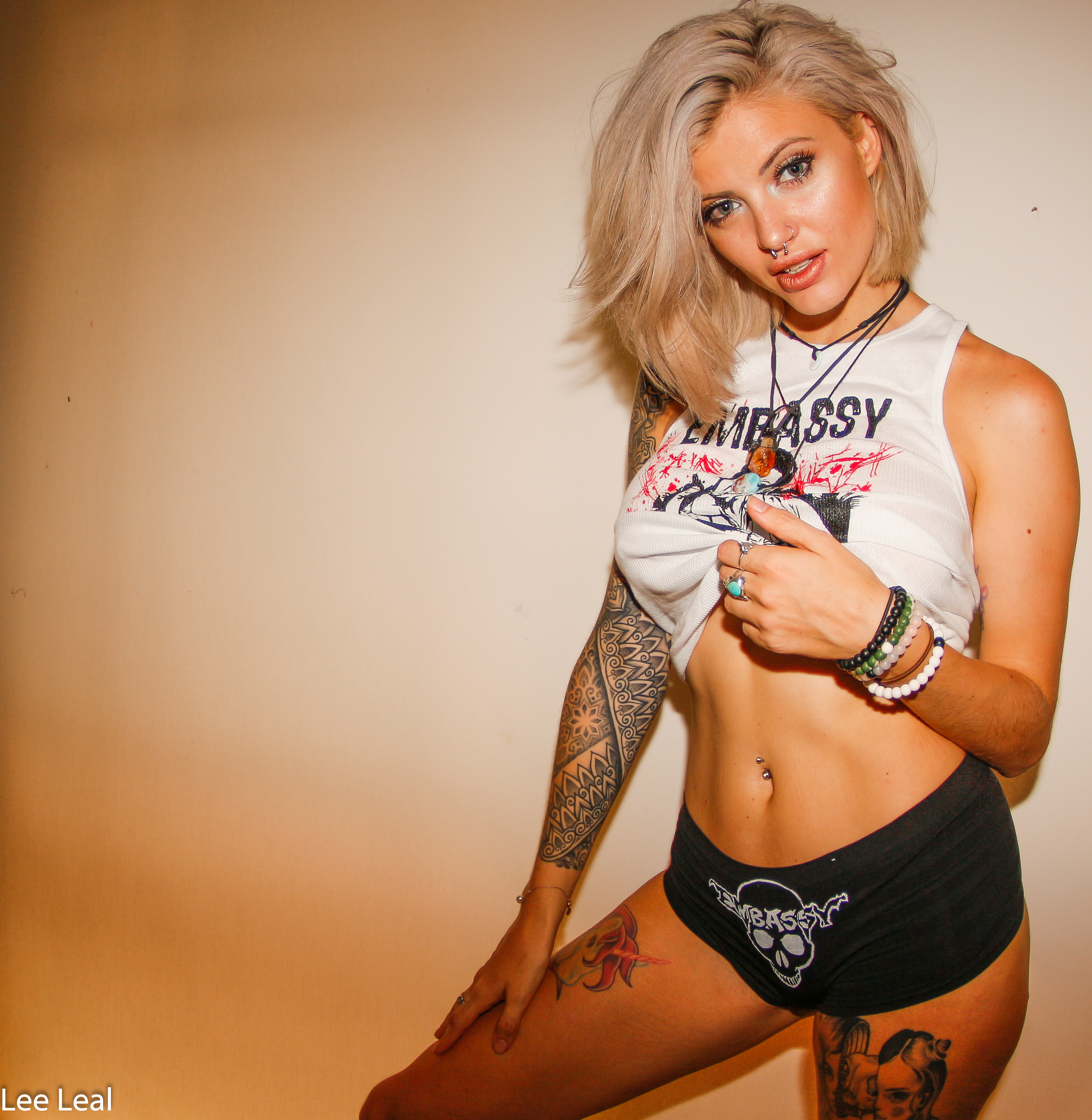 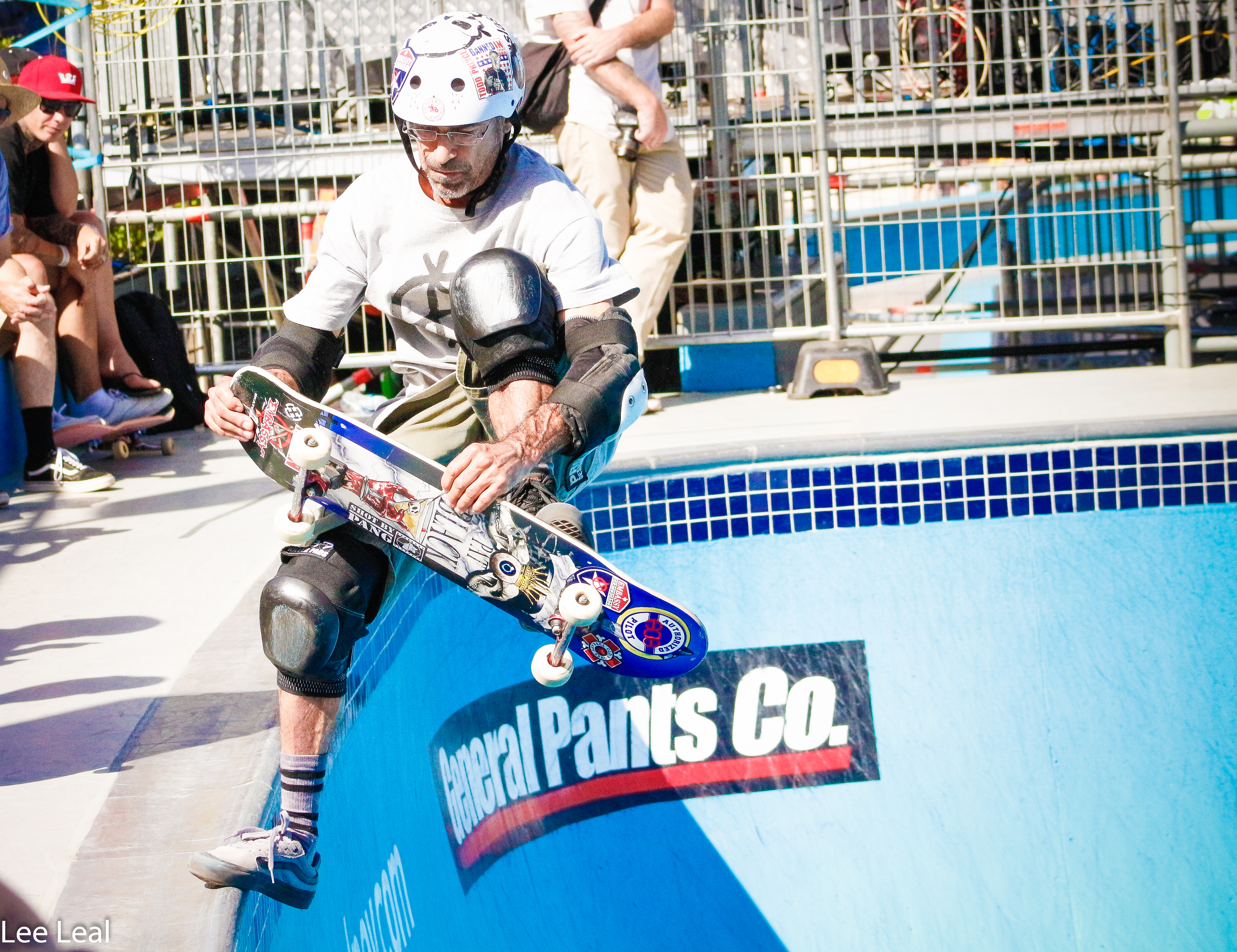 Pat Black with a Texas Plant on the beach! 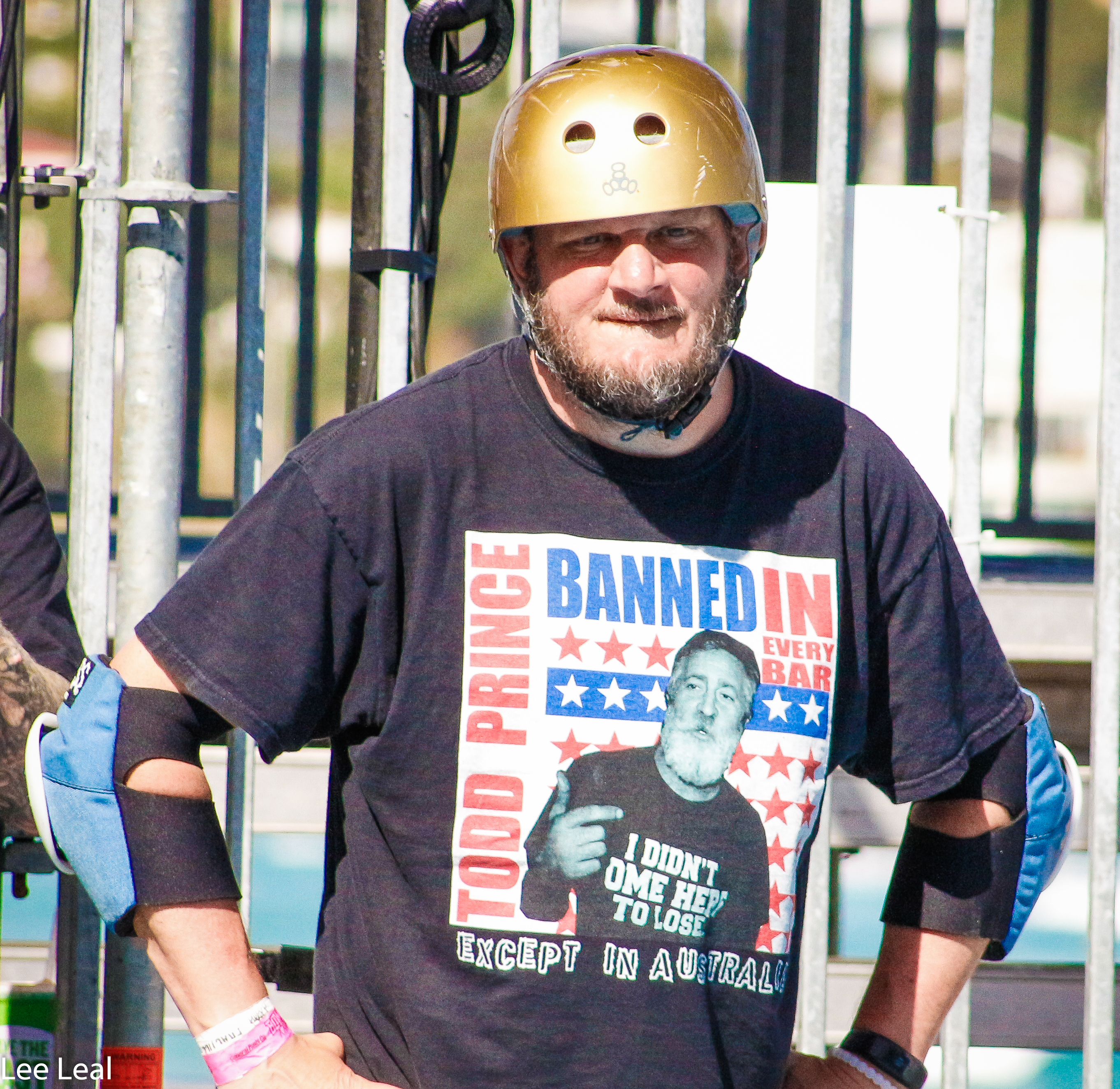 Jed Fuller with his Gladiator gear on! 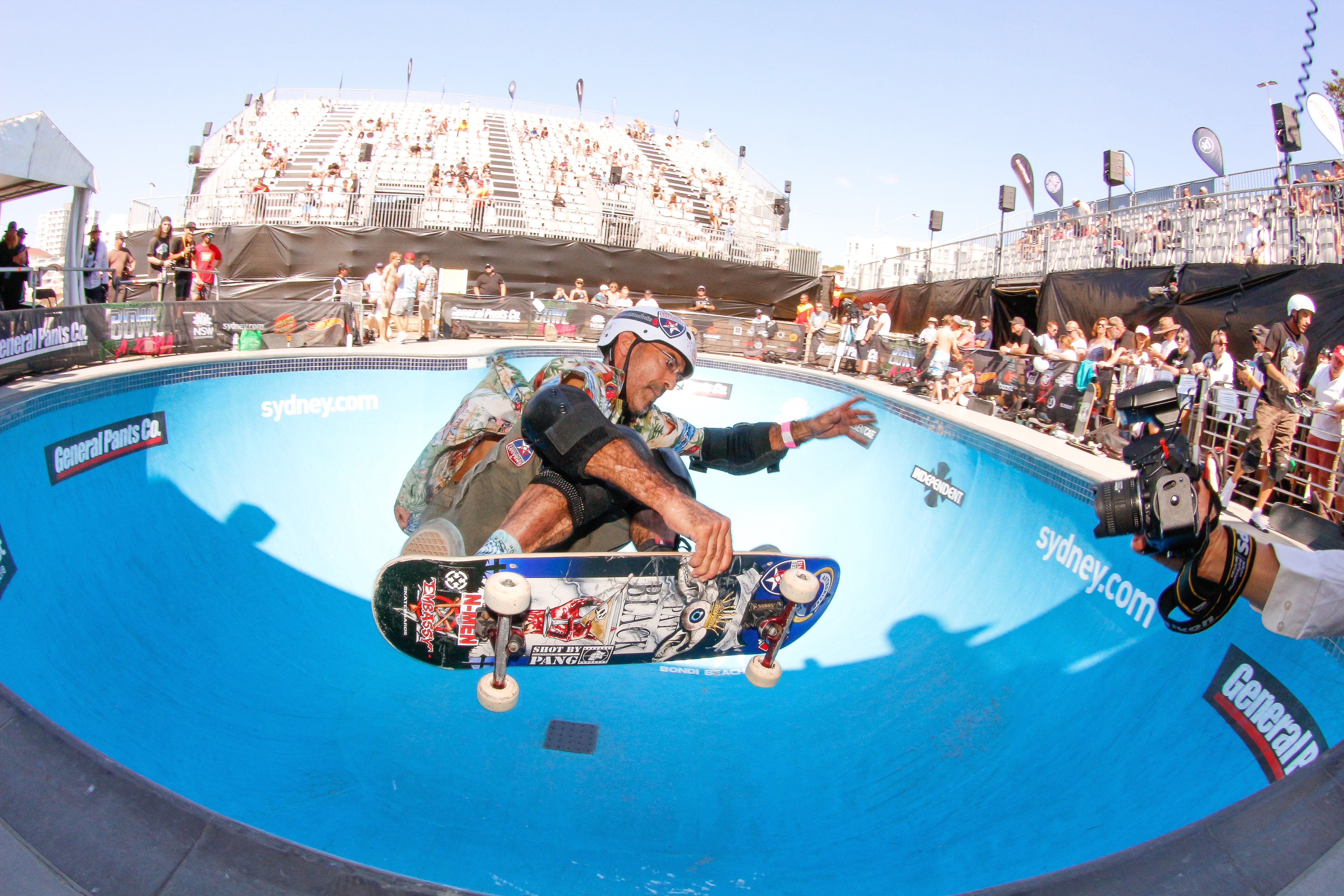 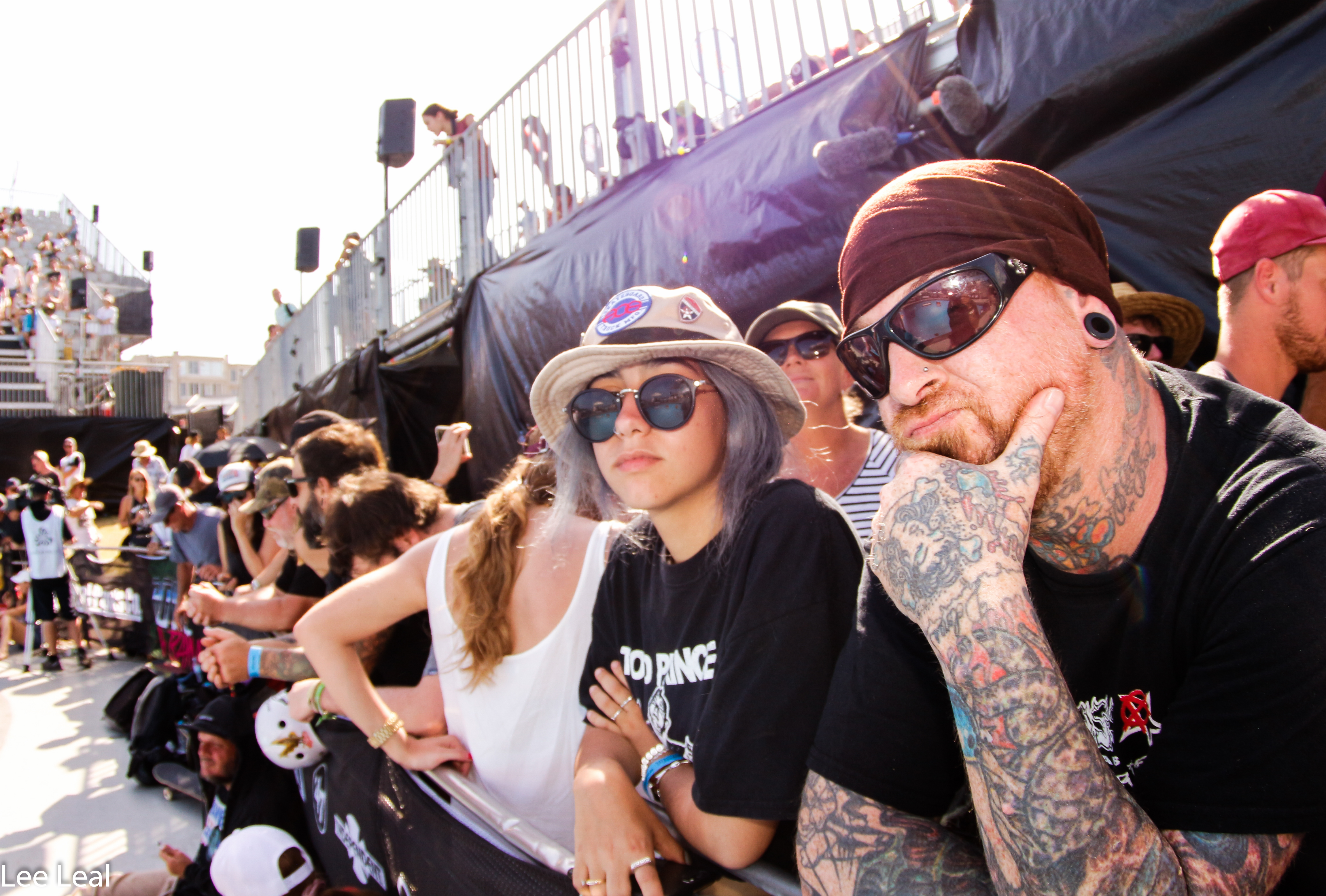 Good to see some friendly faces in the crowd! 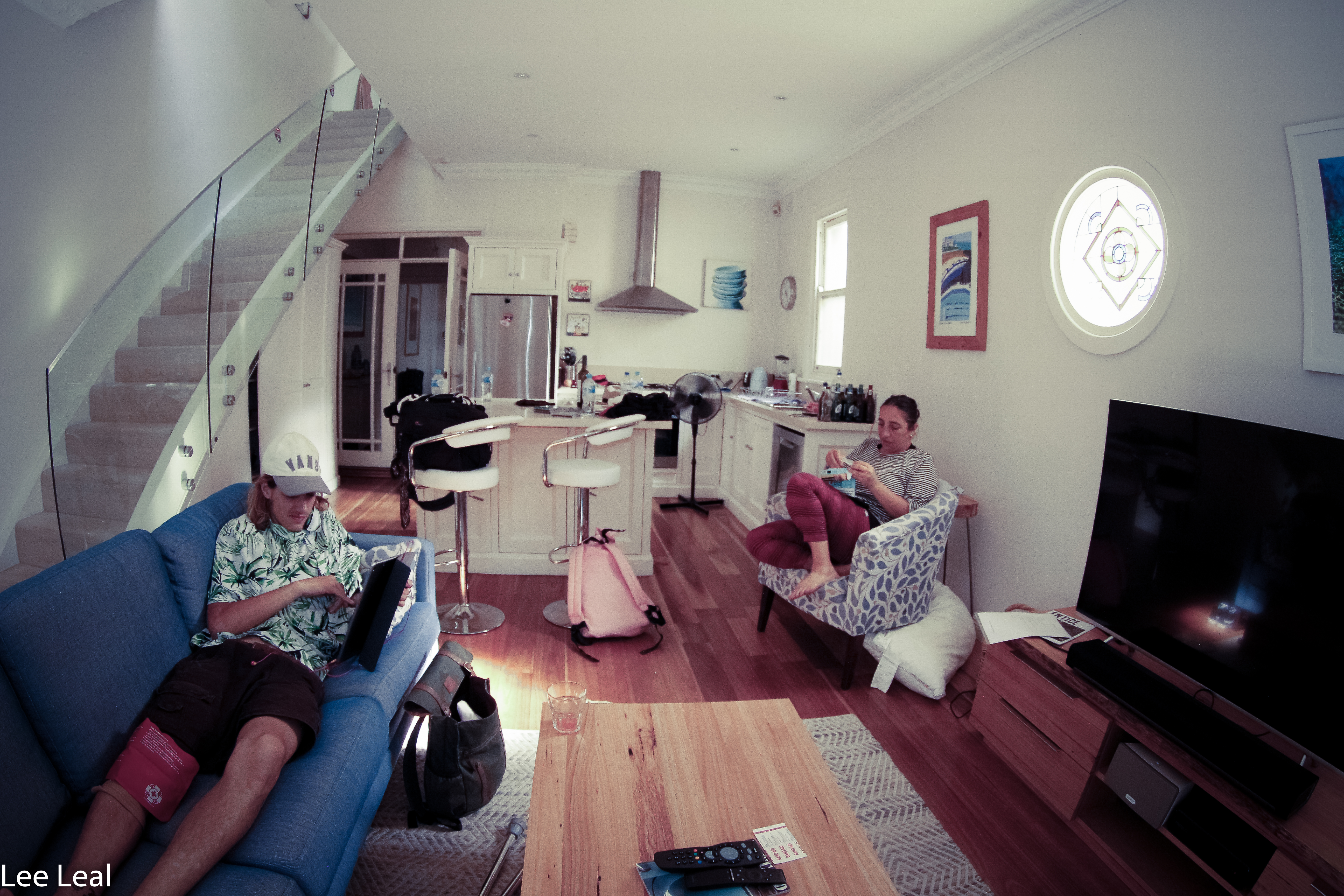 Ivan Federico messed up his knee, during his heat. His headed back to Italy to see his doctors 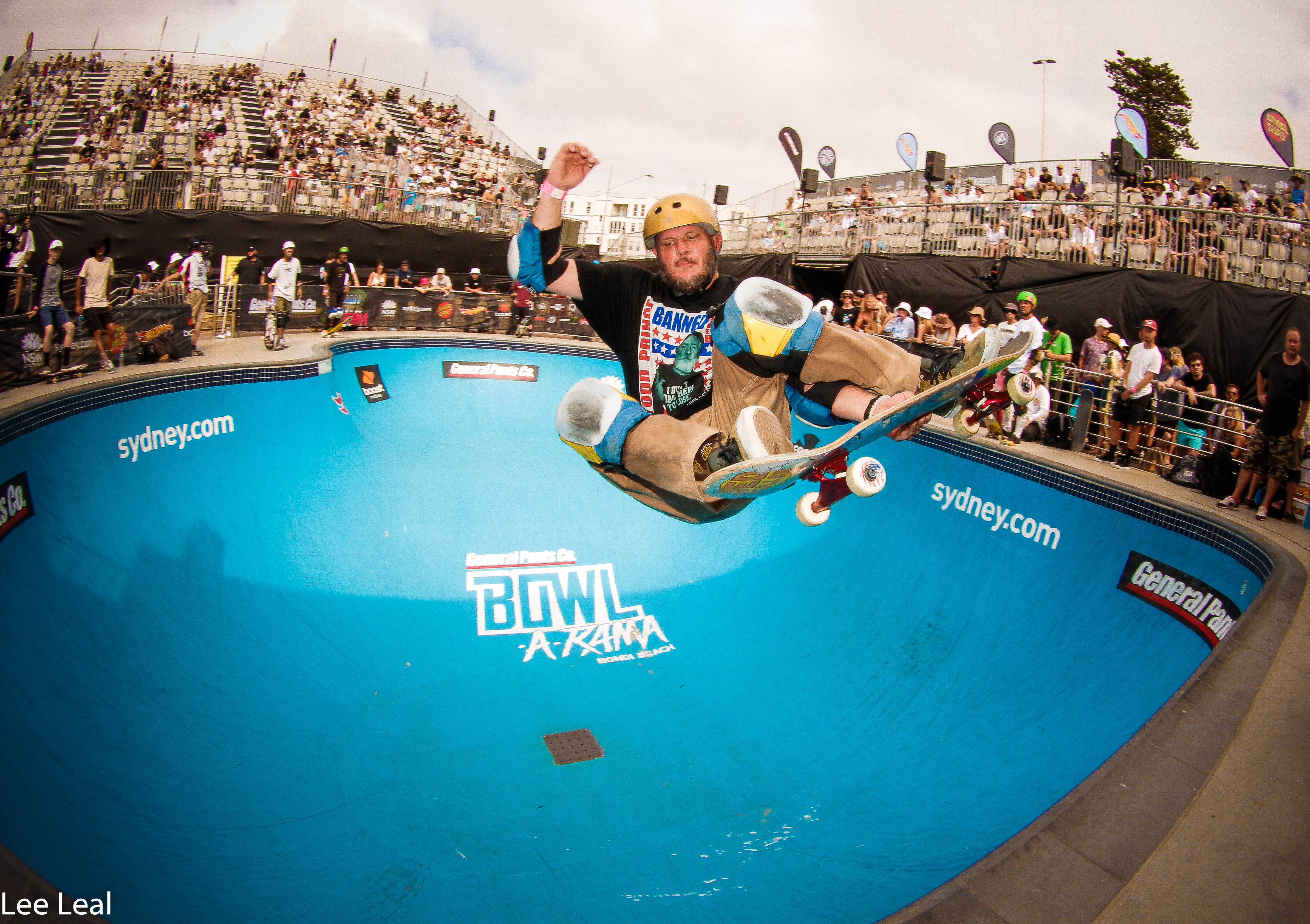 Jed Fuller on contest day. All he could say in his sleep was ” Just stay on, just stay on” and he did! 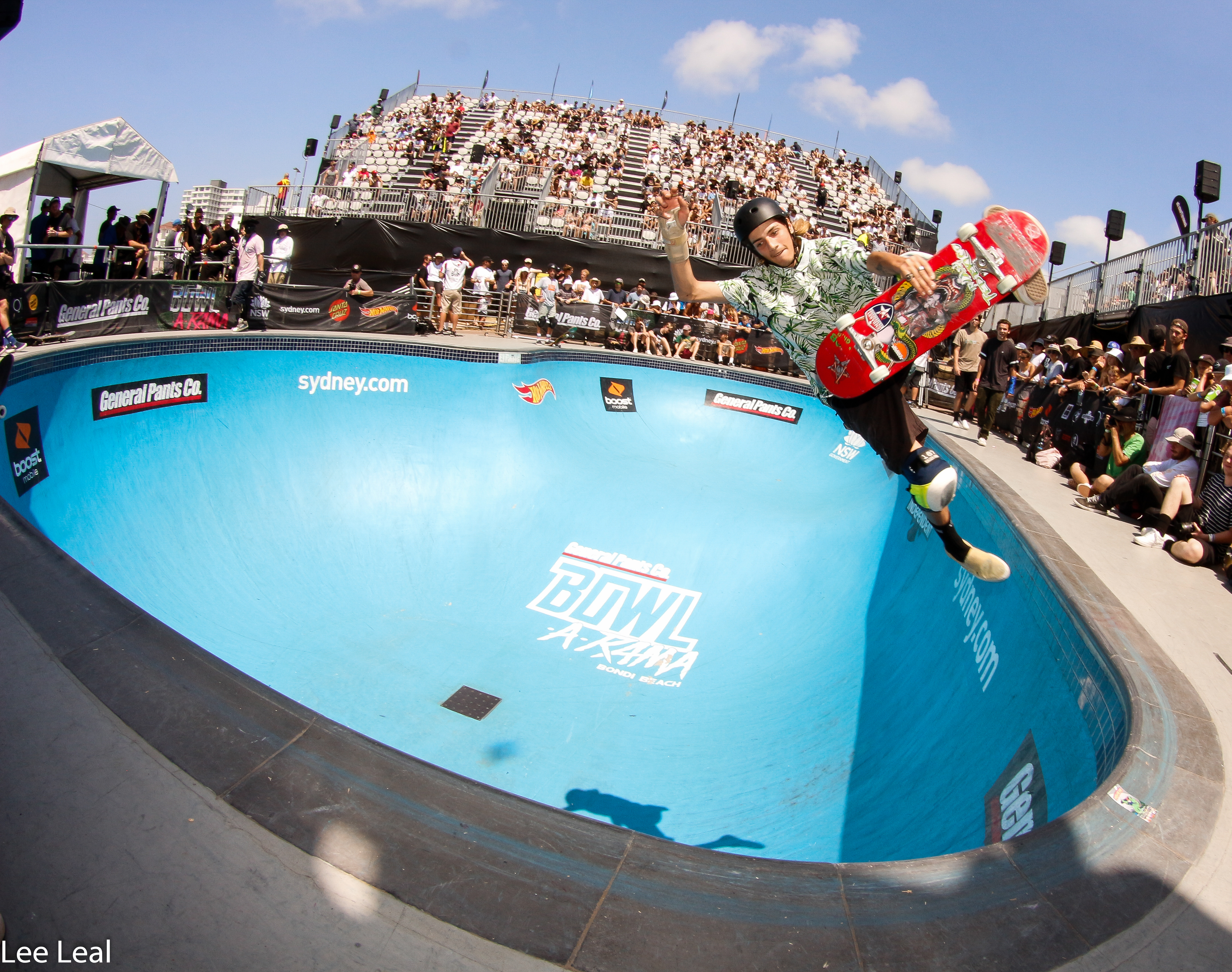 Ivan Federico, Boneless in the corner! 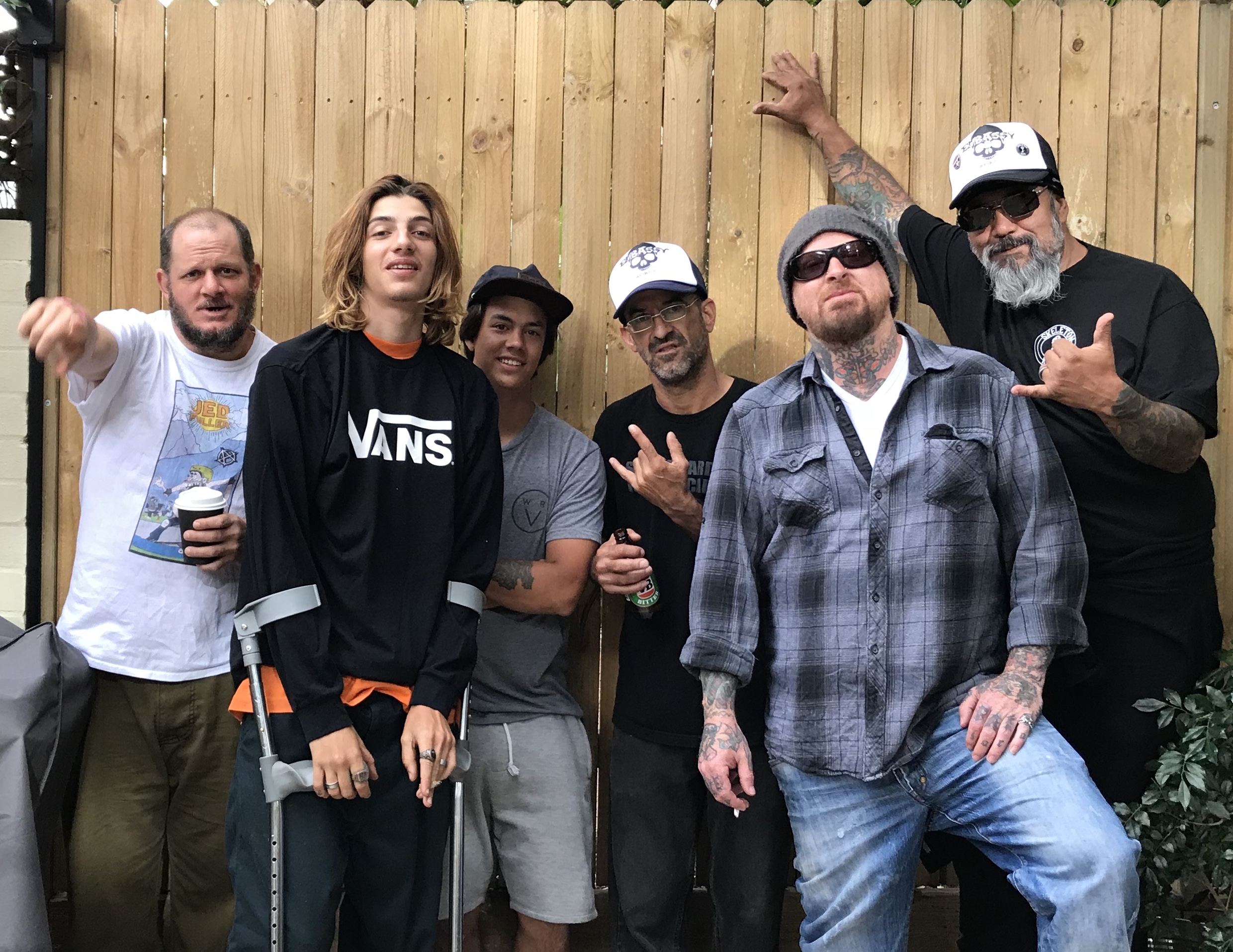